Manslaughter Charge – A woman who has now been made famous by her mug shot in which she is smiling, has a new manslaughter charge against her. 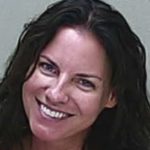 Facts of the DUI and Manslaughter Charge

If you have been charged with a DUI related charge it is imperative that you contact an attorney with experience to defend you in court as the charges against you are serious.  There are a series of dates that can not be missed or there will be serious consequences.  In addition, you will also have to deal with the Department of Motor Vehicles (DMV).

Iago Netto
23:18 11 Jun 19
The level of professionalism, kindness and attention to detail left me speechless. Sonia gave me free advise that set me at ease. If I ever need a criminal defense attorney Sonya will be my first call. Thank you for all that you've done for me, I really appreciate you.

Herman Manchester
18:57 22 Dec 18
These guys handled my personal injury case little true professionals. I am very happy with the results.

Samuel zacker
17:27 03 Nov 18
I called Sonia after my third DUI. It was a very tough situation and my previous lawyers were just interested in my money. Sonia spent a lot of time with me and my case. She was always around when I needed her. I highly recommend.

JJ Stokes
05:10 24 Jun 18
I contacted Sonia recently regarding a legal issue. She helped me and provided me with crucial information and options. In addition, she went out of her way to make additional phone calls to get more information and further clarification. She not only saved me money, she went above and beyond to help me out. Her kindness, knowledge, and professionalism lead me to highly recommend her and her services!

Jennifer Dryman
05:04 24 Jun 18
Sonia went above and beyond the call of duty to help my husband and I with a case against him regarding a physical fight. He was looking at felony charges. She was able to get the charges reduced to a lesser charge with 1-year probation. Sonia answered every question we had. She made time to answer all of our texts and calls before, during, and even after the trial had passed. She has the experience and knowledge to help with any issues you are experiencing and I will not question or hesitate on having her be our lawyers again. She doesn't make assumptions and is always prepared. She doesn't sugar coat anything. She is very professional. Sonia genuinely cares about her clients and their families. She always has your best interest when defending you. She will let you know if there is a cheaper more efficient route or offer to take. She will be completely honest throughout the whole consultation, case, and trial. If you contact anyone else, then you are making a big mistake. I honestly can't thank Sonia enough for what she did for my family.

Art Lane
17:58 23 Jun 18
I hired them for a DUI I got. They were extremely helpful and informative. They explained everything in a manner in which I could understand. They explained all the different scenarios that could stem from a DUI. They were very professional and from the first meeting with them I knew they truly cared about my case. They were able to get all charges dismissed and saved my career. I would highly recommend them to anyone looking for a strong defense attorney.

Greg Kackle
04:20 16 Jun 18
I'm so thankful for their help! I just received an email from them confirming that my record is expunged. They were a 100% patient, dedicated, knowledgeable, professional, personable resource that helped pull me out of a terrible situation. I highly recommend that you utilize their experience and expertise.

jim rodgers
23:10 12 Jun 18
Sonia thank you so much for clearing up my DUI. I got a PHD in DUI laws from her along the way. The process and the science is very flawed and thank God Sonia is so knowledgeable. Sonia was able to review all the details of the arrest a form a great defense.

Norma Alvarez
17:24 10 Jun 18
I got in trouble with law and I'm glad to say it didn't win. I guess they will have to change the song. Sonia got me out of a phony DUI. I had two drinks at a bar with friends 2 hours before I got into the car. I was totally fine, but I didn't want to lie to the officer when hepulled me over. It sure seemed like he was watching the restaurant as a minute after I was driving I got pulled over. He said it was because I didn't do a full stop at a stop sign.

Raymond Smith
01:45 10 Jun 18
IT WAS FIRST TIME HIRING A LAWYER FOR BS DOMESTIC VIOLENCE AND BATTERY CHARGE THAT MY WIFE MADE. SONIA EXPLAINED THE LEGAL SITUATION I WAS IN WITH COMPASSION AND INTELLIGENCE. AND MOST OF ALL SHE JUST LISTENED AND APPLIED WHAT I EXPLAINED TO THE BASIS OF MY DEFENSE. WISH EVERYONE COULD OPERATE LIKE SONIA.

Dillon Winslow
00:20 09 Jun 18
I hired Sonia for a car accident I had. She took care of everything and got me a great settlement. My friend who was also in the accident went with one of those TV lawyers and could only talk to his lawyer via email. Sonia was not only available all the time she would call me to check in.
See All Reviews